CONGRATULATIONS SEXUALITIES!  Now Twenty Years Old, the 20th Anniversary Edition depicts the enormous range and success of a growing  field of research, activism and policy.  Its is marvellous issue, bursting with state of the art essays from many on its editorial board. It is a must read for sexualities scholars. In a very dark world right…

END_OF_DOCUMENT_TOKEN_TO_BE_REPLACED 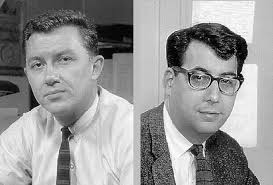 Sexualities : New Issue June 2012 just published Ken is the founder editor of the journal Sexualities and has been editing it since 1998. The latest issue of the journal is a DOUBLE ISSUE. Volume 15: No3/4 p251-514 The first section examines Citizenship and queer critique and is edited by Robert Payne and Cristyn Davies.…