How To Be Gay – David Halperin

How To Be  Gay – David Halperin David M Halperin 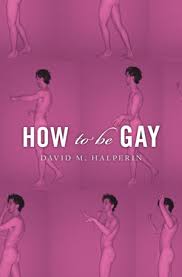 How To Be Gay

Ken Plummer is Emeritus Professor of Sociology at the University of Essex and the founder editor of the journal Sexualities. He blogs at: kenplummer.wordpress.com