On Essex and Sociology 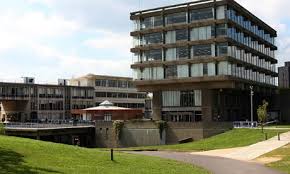 NOTES TOWARDS AN ESSEX SOCIOLOGY TIMELINE

My ‘home’ was the Sociology Department at the University of Essex from 1975 to 2005. I still spend some time there. Below is a brief statement of its history. I am working with Joan Busfield on an expansion of this brief chronology. If you do have stories to tell about your time at Essex, do contact me.

Feb: 2012: This is rough and may contain some errors. It certainly contains a lot of omissions! Ken Plummer would be very interested to hear of suggestions for inclusions and corrections (send them to plumk@essex.ac.uk) Eventually this will be put on the Department’s web site for the anniversary celebration in 2014.

The 60’s: Formation – Idealism and Conflicts

Wivenhoe Park selected as the site for Essex

1962        First Sociology (Foundation) Professor appointed: Peter Townsend.  Sloman gives the Reith Lecture: A University in the making, which outlines his vision of the new university (This is accessible on line). http://www.bbc.co.uk/programmes/p00h9l8z

1965     First woman lecturer appointed: Dorothy Smith (in sociology, of course). .She is now Emeritus Professor at the Ontario Institute for the Study of Education, OISE, University of Toronto…

1966     Professor Alasdair MacIntyre appointed – he stays for only 3 years.

1967     First undergraduate degrees awarded.  The ESRC Data Archive established.  Opening of the first  phase of Social and Comparative Studies Buildings.  By now, there were 17 members of academic staff- significantly large for a new department.  Peter Townsend ran an International Conference on Poverty Research (supported by the Joseph Rowntree Memorial Foundation).

The 70’s: Ideals Transformed – a little

1970     Professor MacIntyre leaves for Brandeis.  In October, total student population numbered 1934 (1570 undergraduates, 364 graduates). There were 162 undergraduates in sociology; 25 taught graduates; and 16 researching for the PhD.

1973     Colin Bell Head of Department. He was at Essex between 1968 and 1975; died in 2003 (latterly Vice Chancellor of Bradford, Edinburgh and Sterling Universities)

1974     The ‘Occupation’ – Stan Cohen becomes the fourth Essex Professor of Sociology and Chair of Department.  First signs that the initial expansion was over.

1975-6   Ratio of women to men in the department starts to increase significantly. New appointments include Ken Plummer, Nicky Hart and Mary McIntosh.

The 80’s: The Thatcher Years of Austerity – and Consolidation

1980     Professors Cohen & Townsend leave.  Paul Thompson becomes Chair and develops research committee. Period of University retraction, and Thatcher cuts starts. There are only two appointments in the department in a decade: Judith Okely (1980) and Oriel Sullivan (New blood appointment in 1984).

1981     Department newsletter Sociological Life is initiated and runs for over 20 years until 2002. Initially published four or five times a year; latterly only once or twice.

1983    Howard Newby, a former undergraduate student, is appointed Professor of Sociology; Harold Wolpe becomes Chair of Department and oversees the new ICT and computerisation of the office.

1996     Quality Assessment of Teaching- Department gets 22/24. RAE awards Essex Sociology 5*, one of only two departments of sociology in the country to get this maximum grading. Ken Plummer launches the journal Sexualities.

2001    The Department again gets the maximum 5* grading in the RAE, one of five departments on this occasion, and allowed because this was the second occasion to describe itself as 6*.  Dr. Tiziana Terranova and Dr. Tim Liao join the department.

To be continued, corrected and developed……