No One is Alone

I saw Side by Side with Sondheim in 1976 at the Wyndham’s Theatre in London in 1976, and became a Sondheim fan. Oddly I had already seen Company (at Her Majesty’s) and A Little Night Music (at the Adelphi), but this compilation revue finally hit me. Sondheim was a complex tunesmith and  a marvellous lyricist. Hot on the heels of this came Sweeney Todd and Merrily We Roll Along (which is coming back to London this Christmas).  Here is one of my all time favourite songs –  and one that has shaped my oddball sociology. It is from Into the  Woods.

You move just a finger,
Say the slightest word,
Something’s bound to linger,
Be heard.
No one acts alone.
Careful, no one is alone. 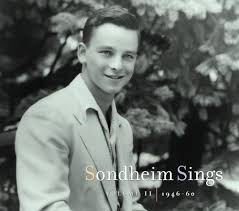 Sondheim: One of my musical heroes

Sondheim: One of my musical heroes

Stan Cohen as Key Inspiration Stan Cohen was my first teacher and inspiration in sociology. He taught me social psychology and the sociology of deviance as a student at Enfield College in 1965 and 1966 – and he showed me what a non pompous intellectual life could look like. His ideas inspired me as I…

END_OF_DOCUMENT_TOKEN_TO_BE_REPLACED

Way , way back in the early 1960’s I was a little gay boy coming out in a world where homosexuality in the UK was crime, disease and sadness. I did not stand a chance!

But slowly over the past fifty years the world – in the U.K. at least-  has indeed changed out of recognition in this area. I have lived as a happy out homosexual more or less since 1966.  Several people helped me in my coming out- and Anthony Grey is one of them.

Antony Grey was the pseudonym of Anthony Edgar Gartside Wright. In 1958, Grey starting voluntary work for the Homosexual Law Reform Society (HLRS). He became the Society’s Honorary Treasurer in 1960 and its Secretary by the end of 1962. I first met him in 1966 as I was coming out and visited the Albany Trust and the HLRS in Shaftesbury Avenue. I was nervous; everybody was nervous. A wonderful woman called Doreen Cordell gave support.

I met Anthony Grey – a nervous and shy man; and for several years he was a major infulence of my life. He showed me the world could be changed. We did not have to accept the law or the negative repsonses to homosexuality. I did my PhD on this.

Anthony Grey was one of Britain’s first gay rights activists. He was instrumental in forcing the government to push through the 1967 Sexual Offences Act, which paved the way for modern law reform. He began campaigning for gay equality in 1958 and later became secretary of the Albany Trust, a charity set up to help gay men who had developed psychological problems after being persecuted. Later in life, he was involved in counselling and training work and joined the executive committee of the British Association for Counselling.

Fore 3 or 4 years I worked with the HLRS – but then along GLF and I found its more radical approach more persuasive. Sadly, I lost contact with him. And only recently have I learned of his death. Fellow gay rights campaigner Andrew Lumsden, who had known Anthony Grey since the age of nine, commented at his death: “I was one of his oldest friends and he was an extraordinarily brave man. His work paved the way for the Gay Liberation Front, OutRage!, Stonewall and the Campaign for Homosexual Equality.”

Anthony Grey lived with his partner Eric Thompson for over 50 years, even at a time when it was considered dangerous for gay couples to share a house. He died after several years of being ill with leukaemia at King Edward VII Hospital in London on Friday April 30th 2004.

Quest for Justice: Towards Homosexual Emancipation
Speaking of Sex
Speaking Out: Sex, Law, Politics and Society.

On Symbolic Interactionism I have since the late 1960’s been interested in the theory of symbolic interactionism. It is a very partial and limited theory but for many purposes it is actually one of the best we have. The Poetic for Paul   a few posts back has already introduced some key ideas.  …

END_OF_DOCUMENT_TOKEN_TO_BE_REPLACED

INSPIRATIONS Many people have inspired me over my  life. They have fired my imagination, given me a passion, shaped me  a little. So this is the first of a series of little reflections on people I like, love or admire. Today it is the turn of PAUL ROCK. He was my PhD supervisor at the…