END_OF_DOCUMENT_TOKEN_TO_BE_REPLACED

We are all the same race: the human race.

I recently found this image and slogan: it was new to me.

I found it on an interesting site for for scholars researching the queer diaspora:

You can find this at:

(I have tried to approach the photographer – but no success yet)

So here is the image – and the quote: 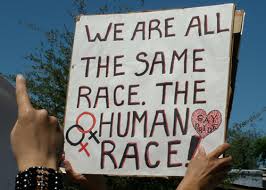 END_OF_DOCUMENT_TOKEN_TO_BE_REPLACED

We tell ourselves stories in order to live

Stories animate human life: that is their work.

We have each of us, a life story, an inner narrative – whose continuity, whose sense is our lives…. A man needs such a narrative, a continuous inner narrative to maintain his identity… 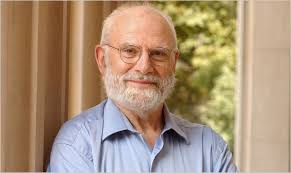 Dark Musicals Last week I saw two musicals in London. One can make the claim to be the greatest musical of all time – Carousel– and it was first produced in 1945. The other – London Road –  had its opening at the National Theatre only last year. Both can be said to be ‘dark…

END_OF_DOCUMENT_TOKEN_TO_BE_REPLACED

‘First of all, he said, if you can learn a simple trick, Scout, you”ll get along a lot better with all kinds of folks.You never really understand a person until you consider things from their point of view..until you climb into their skin and walk around in it…. (page 41)

Harper Lee,  To Kill a Mockingbird 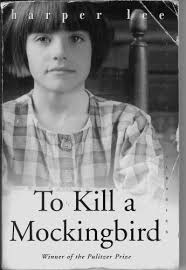 Jimmy McGovern comes from Liverpool , one of nine children. From a very poor family, he taught in a secondary school for a while, and knows very well  the complexities of the lives of ordinary everyday people trapped in ordinary everyday, but challenging, circumstances. And this is what he researches, writes about and produces. And…

END_OF_DOCUMENT_TOKEN_TO_BE_REPLACED

The work of the sociologist –photographer Cathy Greenblat  has aimed to show the ‘active’ nature of Alzheimer’s across the world; and how ‘good care’ can be crucial in creating situations to enable a better life for people with Alzheimer’s.  As she remarks: As a social scientist, I know how much expectations influence achievement, and I…

END_OF_DOCUMENT_TOKEN_TO_BE_REPLACED

Michael Schofield was a pioneer of social research into homosexuality between the 1940’s and the 1980’s, and a campaigner for The Homosexual Law Reform Society (which led to the 1967 Sexual Offences Act and the partial decriminalisation of homosexuality in the U.K.). He played a prominent role in the law reform lobbies of the 1960s and 1970s. He is the author of many books including Sociological Aspects of Homosexuality (1965) and The Sexual Behaviour of Young People (1965).  I first met him in 1967 when I was starting out on doing research into ‘homosexuality’ and examining the possible impact of changes in the law. He was a great inspiration to me and, together with his dear partner Anthony Skyrme,  has remained a very good friend all these years.

I wrote this Wikipedia entry very recently –  so that we will not forget him and his brave early work.

Michael Schofield was born in Leeds in 1919, the fourth child of Snowden Schofield, who was the owner of Schofield’s, the largest department in the north of England, between 1901-1996. He obtained a degree in Psychology at Cambridge University, spent the war years as a fighter pilot in the Royal Air Force, and then studied at Harvard Business School. During this time, he identified as homosexual and decided to make an original study of the social aspects of homosexuality. In those days, when homosexuality was a criminal offence, publishing under his own name was too risky and he assumed the pen name of Gordon Westwood. This first book, Society and the Homosexual, was published in 1952[1] and was the first non-medical book to be written about homosexuality, long before the famous trials of the 1950s[2] and the appointment of the Wolfenden Committee[3] . Later, in 1960 he published A Minority, the first detailed research into the lives of homosexuals who had not got into trouble with the law and who had not sought medical treatment.[4] His third and major study was finally published under his own name in 1965 (Sociological Aspects of Homosexuality). [5] In England little of sociological significance had appeared before this; and his work was regularly cited in the debate over law changes. At this time he also became active in the Homosexual Law Reform Society, working with Antony Grey and others.

After these publications he turned his attention to other social issues including single parent families, teenage premarital sex, birth control, abortion, drug taking and prison reform. All of these were major controversies in the ‘Swinging Sixties’. In 1965 his best known book, “The Sexual Behaviour of Young People”,[6] was published. This caused a stir, but was also taught in higher education institutions as much for its methodology as its findings. His later books included Social Research (a textbook), The Strange Case of Pot, The Sexual Behaviour of Young Adults, Report of the Committee on the Operation of the Sexual Containment Act. He also wrote many research reports, articles in periodicals and introductions to other books. Schofield spent many years actively supporting various law reform groups. He was a member of the Executive Committee of the National Council for Civil Liberties (now Liberty) for nine years. He was active in the campaign against censorship and appeared as an expert witness for the defence of several obscene publications trials. He also served on the Government Advisory Committee on Drug Dependence (chaired by Barbara Wootton) that published the Wootton Report (the report on cannabis which suggested that the legal penalties were far too severe). He wrote a minority note for it. On a wider scale, he campaigned to make contraceptives free on the National Health Service and for the Abortion Law Reform Society. He was an early supporter of frank sex education, gay rights and a more tolerant attitude to marital infidelity. He was to be found opposing Mary Whitehouse and her supporters on TV and radio on many occasions, but he made few enemies and many friends. Schofield was the founder and main instigator of a charitable foundation named the Lyndhurst Settlement. Between 1968 and 2005, it donated at least three million pounds to small struggling charities, particularly those groups working for civil liberties and for the protection of the environment.

Schofield retired in 1985 from public life and lives with his partner (whom he met in 1952), Anthony Sykrme.

Schofield was amongst the very the first researchers to approach homosexuality outside of a medical or legal framework. His concern was to investigate homosexual life as it was lived by ordinary homosexuals in everyday life. At the time homosexuality was a criminal offence, and such research was difficult to conduct. His first book, Society and the Homosexual[7], was an overview of the topic including early notes on the gay scene in England at that time. His second book,[8] was an original survey study of 127 men, and was the first of its kind. He asked them questions on their background, early homosexual experiences, attempts to combat, the extent of their homosexual acts, their work and leisure and their community integration. The third book[9] was a comparative study of heterosexuals and homosexuals along there dimensions: in prison, in treatment and others in the community. He concluded:

Homosexuality is a condition which in itself has only minor effects upon the development of the personality. But the attitudes not of the homosexual but of other people towards this condition, create a stress situation which can have a profound effect upon personality development….. A proportion of homosexuals are able to withstand this pressure from outside and become social casualties. These are the homosexuals found most often in prisons and clinics…… On the other hand the homosexuals who have learnt to contend with social pressures can become adjusted to their condition and integrated with the community. These men are hardly ever found in prison and clinics”([10])