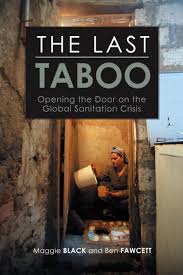 Today is World Toilet Day. Across the world of some seven billion people, some  2.6 billion people ( 40%) have no access to sanitation. It is the direct cause of much disease and death. The Millennium Development Project wants to halve this by 2015.

(click on this) THE LAST TABOO: a video to watch

Over 14 million Kenyans use the bush rather than the bathroom, in thrall to all sorts of taboos and cultural barriers.The Last Taboo is a documentary which uses humour  to tell the stories of two remarkable Kenyan men who are helping their communities to stop defecating in the open and start building toilets.

In Ganze village, the charismatic Chief Charro takes his villagers through a remarkable ‘triggering’ process, collecting fresh feces and shocking his community into change. And in the slums of Nairobi, Mambo Dennis makes s**t his business, bringing people together to demand more latrines.

Director Tony Steyger teamed up with fellow professionals to mentor UK and Kenyan film students to produce this bold documentary. He says “by collaborating with film schools and universities around the developing world we can maximise the exposure of important subject matter and emerging talent. Next, we aim to shoot for a feature length version in India and South East Asia”

THE LAST TABOO will be screened on World Toilet Day, 19.11.2012 on The Community Channel, UK and around the world. Supported by WorldView, Creative Skillset, Plan International and Adobe, this documentary is an innovative collaboration between Southampton Solent University and the Multi Media College of Nairobi with Solent Productions and Take2-Afrika.

Will you support 1.25 billion women worldwide?

Every day, 1 in 3 women worldwide risk shame, disease, harassment and even attack because they have nowhere safe to go to the toilet. Access to adequate sanitation would make 1.25 billion women’s lives safer and healthier.

On World Toilet Day (Monday 19 November 2012), WaterAid released “a hard hitting film showing the impact not having a toilet has on women’s lives”. It’s very short. Perhaps not as hard hitting (for me) as WaterAid might like!  But its only 2 minutes to watch at:

← Nigeria and “Jail the Gays” Bill
Art and Inspirations: The Golden Stairs →