comes from Liverpool , one of nine children. From a very poor family, he taught in a secondary school for a while, and knows very well  the complexities of the lives of ordinary everyday people trapped in ordinary everyday, but challenging, circumstances. And this is what he researches, writes about and produces. And he does it, in my view, so very, very well. Everything he touches suggests how an engaged humanistic sociology could look like (but usually doesn’t!).

He has been writing since the early 1990’s. The crime series Cracker and the soap The Lake were amongst his earliest pieces. But he rose to critical celebrity status with his production  of Hillsborough based on the Hillsborough football stadium disaster in 1989. This astonishing drama dared to scrutinise police and media responses – and is humanistic to its deep core. Very controversial, its key story lines were not vindicated for over twenty years – till an official report found the police behaviour at the football ground seriously wanting. 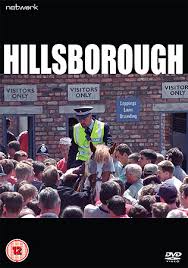 After this came the series  of dramas known as The Stre

et. (Details of episodes of The Street can be found on Wikipedia: http://en.wikipedia.org/wiki/The_Street_(TV_series)  It is also available on video.Amongst the themes it addressed topics problems of asylums seekers, unhappy marriages, drug use and unemployment, suicide and retirement, breast cancer,  a single mum working at a strip joint, a soldier coming home from  Afghanistan, racial hatred. Cheery stuff, then.

His most recent series, Accused, first aired on BBC1 TV in July 2010 and a second series in August 2012.

There is a very useful guide t0 each episode to be found on Wikipedia; the story outlines are below

They all raise complexity and ambiguity in social thinking and social analysis; and show the challenge to so much sociology which flattens and deadens social life.