Here are a few thoughts from George Eliot. Her Middlemarch is one of the great sociological novels: it should really be a part of any sociology syllabus.

What do we live for, if it is not to make life less difficult to each other? I cannot be indifferent to the troubles of a man who advised me in my trouble, and attended me in my illness

I concluded my textbook with another quote from her.

Her finely touched spirit had still its fine issues, though they were not widely visible. Her full nature, like that river of which Cyrus broke the strength, spent itself in channels which had no great name on the earth. But the effect of her being on those around her was incalculably diffusive: for the growing good of the world is partly dependent on unhistoric acts; and that things are not so ill with you and me as they might have been, is half owing to the number who lived faithfully a hidden life, and rest in unvisited tombs. 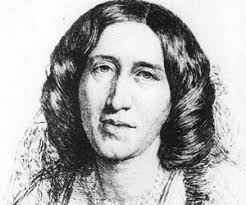 In pulses stirred to generosity,
In deeds of daring rectitude, in scorn
For miserable aims that end with self,
In thoughts sublime that pierce the night like stars,
And with their mild persistence urge man’s search
To vaster issues.

So to live is heaven:
To make undying music in the world,
Breathing as beauteous order that controls
With growing sway the growing life of man.
So we inherit that sweet purity
For which we struggled, failed, and agonised
With widening retrospect that bred despair.
Rebellious flesh that would not be subdued,
A vicious parent shaming still its child
Poor anxious penitence, is quick dissolved;
Its discords, quenched by meeting harmonies,
Die in the large and charitable air.
And all our rarer, better, truer self,
That sobbed religiously in yearning song,
That watched to ease the burthen of the world,
Laboriously tracing what must be,
And what may yet be better— saw within
A worthier image for the sanctuary,
And shaped it forth before the multitude
Divinely human, raising worship so
To higher reference more mixed with love—
That better self shall live till human Time
Shall fold its eyelids, and the human sky
Be gathered like a scroll within the tomb
Unread for ever.

This is life to come,
Which martyred men have made more glorious
For us who strive to follow. May I reach
That purest heaven, be to other souls
The cup of strength in some great agony,
Enkindle generous ardour, feed pure love,
Beget the smiles that have no cruelty—
Be the sweet presence of a good diffused,
And in diffusion ever more intense.
So shall I join the choir invisible
Whose music is the gladness of the world.